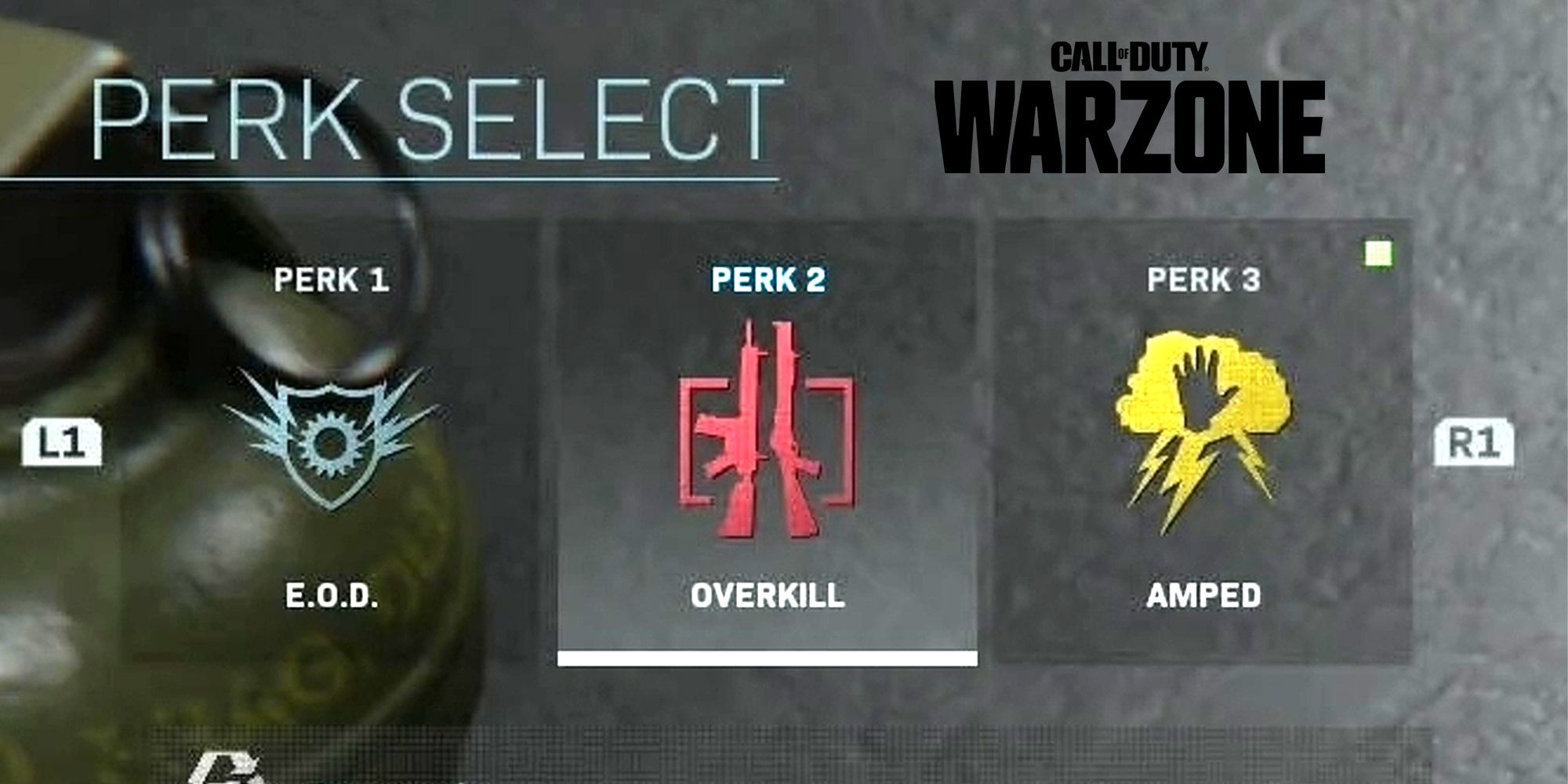 Call of Duty: Warzone – Perks List (& Which Are The Best)

Call of Duty: Warzone’s perks add extra benefits to the player during the battle royale. This guide will help players define the best perks.

Call of Duty: Warzone contains several perks to assist players during the battle royale. This guide will list all of the perks and help players decide the best ones to use. Call of Duty: Warzone is the newest kid on the battle royale block and is planning to send a message to all the other titles in the genre. The game released with positive reception from both fans and critics, as the game brings the solid gun gameplay from the series that defined what it meant to be a modern first-person shooter. In Call of Duty: Warzone, players are thrown onto an island surrounded by smoke. As time goes down, players will be drawn closer together as the circle begins to shrink. Unlike many battle royale titles, this one pulls directly from previous entries in the series from its guns to its vehicles. Each of the locations on the map references maps from the previous Call of Duty titles. The goal is to be the last man or team standing on the battlefield. The game is ridiculously addictive and even contains a special Gulag, a location where players who have died may have an opportunity to return to the battlefield after participating in a 1 on 1 battle with another player. The goal of the game is to win and this guide will help players choose the best perks to help them get closer to that goal.

Perks are small buff bonuses that the player can use for a small edge in battle. There is a grand total of 18 perks to choose from, broken down into 3 different categories. Each category is color-coordinated as blue, red, and yellow. Unlike weapons found on the battlefield, the perks are selected right from the beginning in customization. This has very little to do with what kind of weapon the player finds but more to do with how the perks can benefit that weapon or the player. Here’s the full list of all 18 perks in Call of Duty: Warzone.

Here’s the complete list of blue perks and what they do in Call of Duty: Warzone.

Here’s the complete list of red perks and what they do in Call of Duty: Warzone.

Here’s the complete list of yellow perks and what they do in Call of Duty: Warzone.

The Best Perks in Call of Duty: Warzone

What’s important is what the player is trying to accomplish while playing on the battlefield. This could mean players are focused on completing certain battle pass missions or wanting to secure the victory. It’s extremely situational, but these perks help out the most in more situations than others.

More: Call of Duty Warzone: How to Get Killstreaks in Plunder

Call of Duty Warzone is available now on PS4, Xbox One, and PC.

Sky Flores is a writer and game-player based out of New York City. His hobbies consist of creating content on YouTube and streaming videos games on Twitch. His YouTube channel has generated over 185,000 subscribers and 35 million total video views. He’s covered gaming topics throughout the generations.