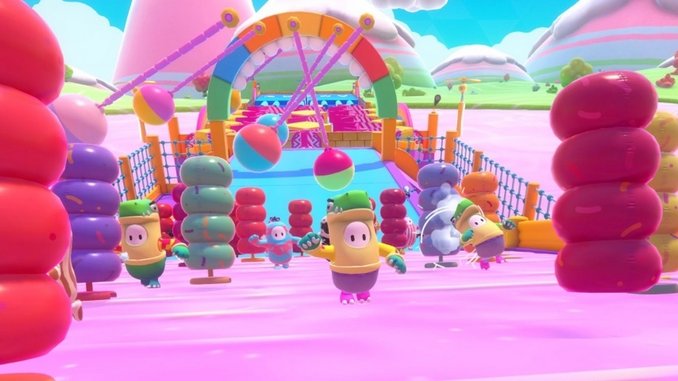 Fall Guys Cheaters Have Learned How to Hack the Game

Fall Guys: Ultimate Knockout might be the latest multiplayer game to blow up in popularity, but as a new game its future is far from assured. Players could easily fall out over a number of possible flaws, one of which, server issues, have already plagued the game since it launched last week.

Another one of those problems has reared its head, and if developers Mediatonic don’t get it under control it could spoil the Fall Guys party. As Patricia Hernandez reports over at Polygon, hackers have discovered how to cheat and turn their characters into greatly overpowered superbeans. (Uh, you play as weird little jelly bean creatures. Just read this thing if you haven’t played the game yet.)

Hernandez points to a YouTube user named Julien D and a video that they posted almost a week ago. In it you can see one player shoot out like a lightning bolt and run far faster than anyone else.

Hernandez also points out other hacks that have been posted on Twitter, from more speedsters, to one player who somehow floats over an entire course.

Mediatonic told Polygon that they should have a fix out soon. And it’s important to note that these issues should only impact the PC version of the game, and not the PlayStation 4 one—it’s much easier to hack games on PC than console. Still, that means over 2 million Fall Guys fans on PC might have to deal with unscrupulous hackers undermining the integrity of the game, and that could be the real ultimate knockout for players everywhere.